You are here: Home1 / Who We Are2 / Lake Nona Law Firm Attorney 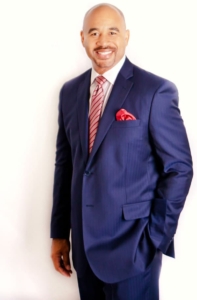 Charles E. Emanuel, Jr. has over 11 years of combined leadership and legal experience. He is a former NFL football player for the Philadelphia Eagles, Minnesota Vikings, and Tampa Bay Buccaneers. Mr. Emanuel’s legal expertise is within the fields of personal injury, wrongful death, medical malpractice, and commercial litigation.

As a rising star in the legal field, Mr. Emanuel has excelled both as a litigator and in settlement negotiations having been involved with successfully producing multi-million dollars results for his clients. For example, $2 million against a national media company, $1.7 million against a national media company, $2.7 million against a global tire manufacturer, and $2 million against Orange County Public Schools. Mr. Emanuel represents former NFL players against the NFL in the head concussion litigation. He was the first attorney to sue the NFL teams. The same drive and determination he possessed as an NFL player, he now puts to work fighting to protect his client’s rights.

Mr. Emanuel and his wife believes in giving back their time to the community. Mr. Emanuel serves on the board of directors as President of Lake Nona Youth Sports, Inc. (Lake Nona Jr Lions), volunteer coach for the past six years. Mr. Emanuel volunteers his time coaching at the Lake Nona YMCA branch and generously financially supports the branch. He is a member of the Florida Bar Association, Orange County Bar Association, National Bar Association, Member of National Board of Directors for West Virginia University Alumni Association, and West Virginia University Varsity Club. His wife, Christine Emanuel, is the 2012-2013 past president of PTA for North Lake Park Elementary.

Charles is married to Christine Emanuel and they have three boys. The family resides in Orlando, Florida.

Charles grew up in Indiantown, Florida, a small migrant farm-working town in South Florida. Statistically, Charles was to never make it out of Indiantown let alone go to college, play professional football and become a successful attorney. Despite all odds against him, Charles overcame obstacles with determination and proved the critics wrong.

Charles used athletics as a vehicle to better education and an opportunity to play professional football. He received a full-paid scholarship to play college football for the West Virginia University Mountaineers. His senior year with the Mountaineers, Charles was named team captain and was recognized for numerous awards for his academic and athletic performance, including the Fred Sheaf’s Award, which is awarded the Universities top captain of all sports. Upon graduating from West Virginia, Charles realized his childhood dream of playing in the NFL when he signed an undrafted rookie free agent contract with the Minnesota Vikings and was the only rookie free agent to make the opening game-day roster. He played for the Philadelphia Eagles and Tampa Bay Buccaneers before suffering a career-ending injury.

However, playing football was just the start for Charles. He understood football was just a vehicle to better things and so Charles moved on to his next dream; becoming an attorney. Now Charles is one of a small group of attorneys who played professional football and then move on to becoming an attorney. During his extensive legal career, he has handled catastrophic injuries, wrongful death cases, and litigated against major corporations and media defendants. Most important, however, Charles is a husband and father, who loves to share his life experiences with young people. He grew up understanding the value of hard work and knows what it takes to fights for your rights and he treats every case with the same conviction.

Charles routinely shares his life story with audiences encouraging them to never give up on their dreams. If your organization would like to book Charles for an event, please contact our office.

We invite you to review our offerings, and contact our office today for a no-obligation meeting.

The hiring of a lawyer is an important decision that should not be based solely upon advertisements. Before you decide, ask us to send you free written information about our qualifications and experience. Every legal matter is different. The outcome of each legal case depends upon many factors, including the facts of the case. An attorney’s successes in past legal matters cannot be relied upon to predict a successful outcome in your own case. The information you obtain at this site is not, nor is it intended to be, legal advice. You should consult an attorney for individual advice regarding your own situation.